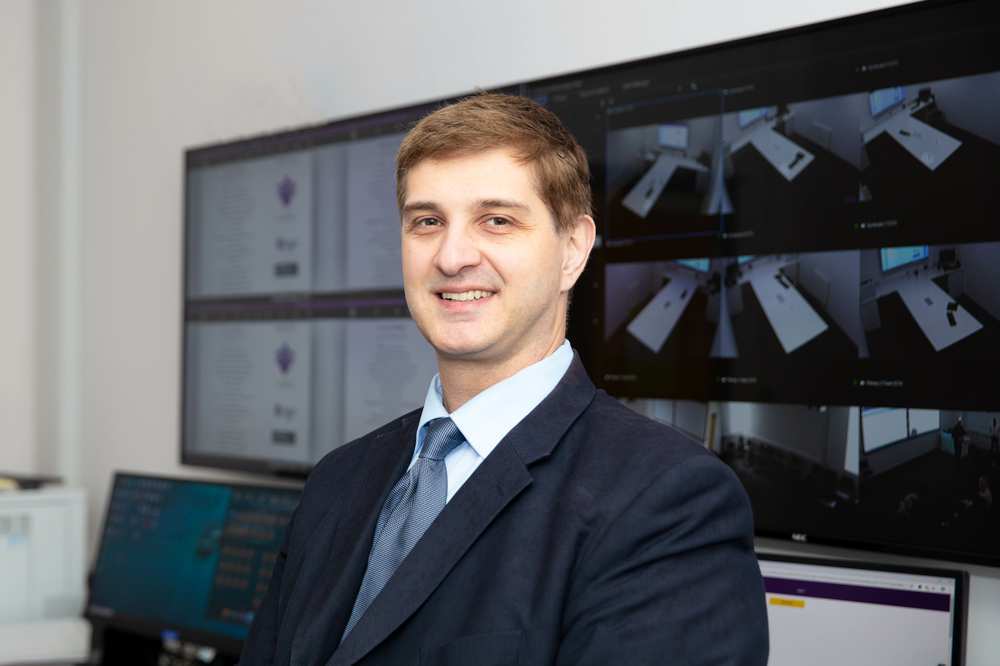 The International Centre for Policing and Security (ICPS), based at the University of South Wales (USW) has been awarded three Jean Monnet (Erasmus Plus) grants from the European Commission to boost research into counter-terrorism and hybrid security.

They are receiving €300,000 to establish the EU counter terrorism network EUCTER involving international academic collaborations to advance blended learning formats with a strong policy relevance in the area of the EU counter-terrorism. A further €100,000 is for a partnership with the University of the West of England (UWE) Bristol to progress research into European co-operation on security, crime and counter terrorism under the title ‘Virtually Excellent: Opening Britain to Europe and the World through Innovative Education on European Security (VIRTUE)’. Another €30,000 is to lead a module ‘EU Resilience against Hybrid Warfare - HYBRID’ to help students to identify and analyse hybrid tactics, particularly around cyber security.

ICPS is on the few candidates to have been awarded all three applications, putting USW at the forefront of research excellence in counter terrorism and international security.

Professor Christian Kaunert, Director of the Jean Monnet Centre of Excellence, and the International Centre for Policing and Security (ICPS) at USW, said: “This is a game changer for research on EU counter-terrorism, and for Wales in particular. We live in a changing world where the idea of security is changing all the time. Right now, we see issues of health security with the Covid-19 pandemic, of hybrid security in Europe because of tensions with Russia, and of course the continuing situation across the Middle East with armed conflict and threats of terrorism. We will also see the impact of the new US President-Elect Biden on these issues in the near future.

“It is a tremendous boost to get this support from the European Commission and testifies to the University’s strength of expertise in European security. The funding will allow us to further develop our interdisciplinary teaching and research activities and our international partnerships in the fields of security and policing. We are also planning a series of public engagement events, so that we can disseminate the knowledge we produce as widely as possible.”

Professor Sarah Leonard, Co-Director of the Jean Monnet Centre of Excellence and Professor of International Security at UWE Bristol, said: “If we are to look at issues of security, we need to consider the wider picture and how it shapes the decisions of policy-makers and organisations around the world. This is the only centre in Europe that will take this broad approach and it is fitting it is based here in South Wales, where we have the requisite blend of experience across a wide range of disciplines and excellence in research and teaching that will give us the base to carry out this work.”

The Jean Monnet Research network on EU Counter-Terrorism (EUCTER) is a research-led excellence network, comprising fourteen partners, with the aim of advancing cutting-edge blended learning formats with a strong policy relevance in the area of the EU counter-terrorism. The project brings together three inter-related teaching and research areas: EU justice and home affairs, EU counter-terrorism and EU external relations. The objectives of EUCTER include the exploration and analysis of the development and practice of counter-terrorism co-operation and diplomacy in EU internal and external actions and it aims to contribute to a new understanding of the role of European institutions.

As Hybrid warfare is having tangible impacts across Europe and effects European security, the EU Resilience against Hybrid Warfare – HYBRID module aims to engage students, academics, policy-makers, practitioners and decision makers in a dialogue on an area of EU security that impacts free and open societies. Designed to increase the understanding of what are hybrid threats, its objective is to teach students to identify and analyse hybrid threats and to foster the debate about the evolution and doctrines underlying hybrid warfare tactics, a field where cyber security plays an essential role.

Drawing upon the expertise and experience of existing research centres at USW, in particular the International Centre for Policing and Security (ICPS) and the Centre for Criminology, Virtually Excellent: Opening Britain to Europe and the World through Innovative Education on European Security (VIRTUE) will focus on European co-operation on security, crime and counter-terrorism, including partnerships with third-world countries. It aspires to examine the role of the EU in international security matters, with a particular focus on European co-operation for countering crime and terrorism, from a multitude of disciplinary viewpoints.

The grants awarded by the European Commission will cement USW’s position as a key research hub on security and counter-terrorism research in the UK for the next four years. More information and details can be found at  https://eucter.net/.